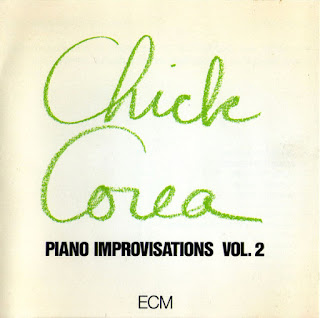 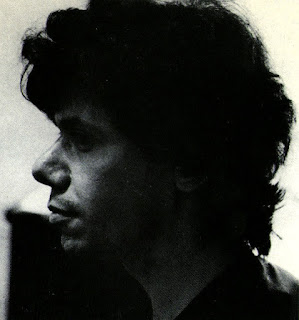 This is the second of two LPs recorded by Chick Corea shortly after he broke up the avant-garde quartet Circle, saying that he wanted to communicate to a larger audience. As with the first set, these brief sketches are melodic and a bit precious but contain some strong moments. In addition to seven Corea originals, he interprets Thelonious Monk's "Trinkle Tinkle" and Wayne Shorter's "Masquellero." Not essential but worth acquiring.
Allmusic – Scott Yanow

Nothing against the very fine PIANO IMPROVISATIONS VOL. 1, but VOL. 2 has a reflective quality, a simple beauty, a "magical aura" (when I started writing this I knew my words would come up short!) that I haven't heard elsewhere--in Corea's large catalogue or anyone else's. "After Noon Song" and "Masqualero" (a Wayne Shorter composition) are particularly wonderful.
Barry Moore-Amazon

Vol. 2 further established Corea's move into more approachable territory. It also provided clear evidence of Manfred Eicher's astute sequencing ability, placing the music in an order that not only made clear sense as a series of discrete pieces, but lent each volume its own overriding arc. If anything, Vol. 2 represents an even broader cross-section of the evolving Corea—featuring, in addition to the pianist's own work, brief covers of Thelonious Monk's "Trinkle Tinkle" and Shorter's "Masqualero". Both demonstrated that his inherent love of the tradition had remained intact through his avant years, even as he inserted his own particular sense of comic quirkiness into the Monk and the kind of dramatic majesty and sheer virtuosity in the Shorter that his fellow Miles Davis alum would simply never have considered.
Corea had, by this time, become interested in the Church of Scientology, and the science fiction writing of its founder, L. Ron Hubbard, making the more cinematic free play of an abstract suite of otherworldly concerns make absolute sense within the context of Coreas's musical development. The outré, but still rhythmically centered "Preparation 1," and idiosyncratic, hard-hitting "Preparation 2" become contextual precursors to "Departure from Planet Earth," where dense, Cecil Taylor-ish chords—but with the piano's sustain pedal turning them into a nebulous sonic cloud—lead to a maelstrom of repetitive layers that ebb and flow as Corea moves seamlessly from keys to strings.
After the breathtaking abstractions that precede it, the closing "A New Place" suggests a more tranquil destination, though not without its twists and turns on "Scenery." The puckish "Imps Walk" foreshadows Corea's 1976 Grammy-winning The Leprechaun (Polydor), while the entire set ends on a calming note with the aptly titled "Rest."
And the sound. ECM's sonic model was classical recording, where transparency was paramount, allowing every note, every space and every nuance to be heard clearly across an audio landscape as much a part of the music as the playing itself. As the first of a series of solo piano recitals that has grown to include, in addition to Bley and Jarrett, Vassilis Tsabropoulos, Misha Alperin, Marilyn Crispell, Jon Balke, François Couturier, Stefano Bollani, Steve Kuhn, and Richie Beirach, Corea's Piano Improvisations Vol. 1 and Vol. 2 may not have made the deep cultural impact of Jarrett's Facing You, Bley's Open, To Love, or even Corea's own subsequent work for the label; but in hindsight, they set the stage for what was to come. Revisited nearly 40 years later, they are important, not just as a very significant touchstone, but as critical signs of a fundamental shift in musical emphasis that would position Corea as one of the most important pianists of the past fifty years.
All About Jazz – John Kelman
Y acá el botón de muestra a-la-Lino: